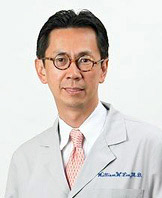 “I believe in a holistic approach to the fertility concerns modern couples face. It goes beyond just looking at medical factors. Life style issues, as innocent as cell phone use, may be indirectly contributing to make fertility issues. They certainly cannot be overlooked.”

Dr. Lin received his medical training at Northwestern University Medical School after spending four years in art studies at Williams College in Massachusetts as an Art Major. He continued his training with the prestigious Baylor Urology program at the Texas Medical Center. While there, he met Dr. Larry Lipschultz, one of the pioneers in the field of male infertility. Dr. Lipschultz’ mentoring proved to be instrumental in his decision to go into the field of male reproductive medicine and surgery. He stayed on at Baylor for a fellowship with Dr. Lipschultz. After completing his fellowship, he moved back to Chicago to be on staff at Northwestern Memorial Hospital as an assistant professor in clinical urology at Northwestern University Medical School as well as a Clinical associate with the Univeristy of Chicago Department of Surgery.

During his training, Dr. Lin was highly prolific in research, specifically looking at the genomic stability of men with fertility issues. He has continued his research, focusing now on the impact of varicoceles on men’s health issues beyond the realm of male infertility.

Is Men’s Weight a Non-issue in the Couple’s Fertility Difficulty?
Read More